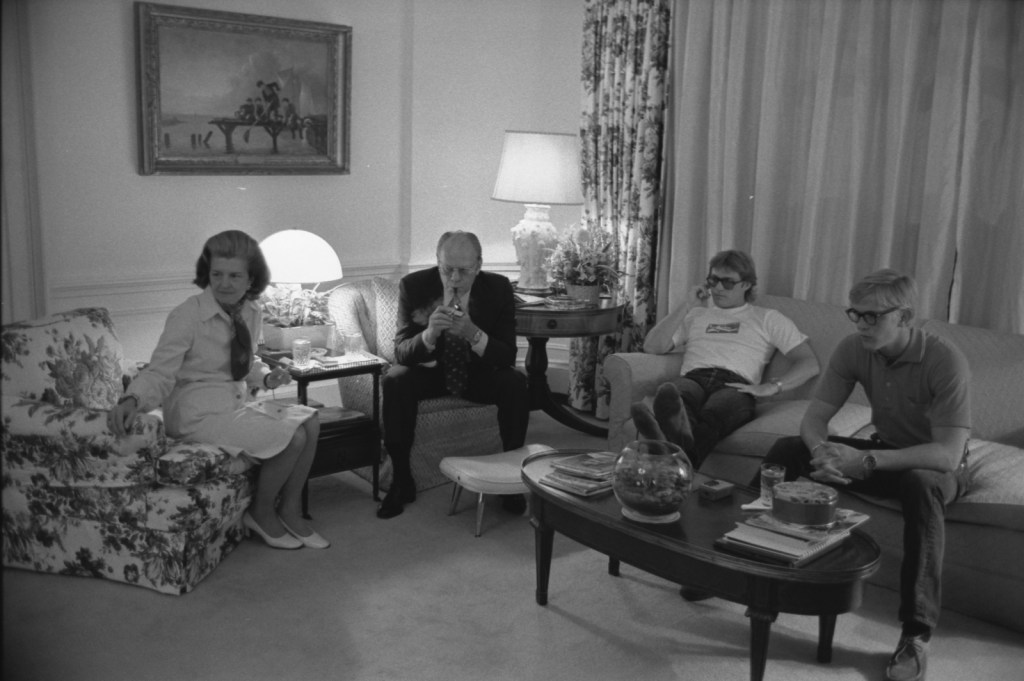 The Good Life: Aligning with the Things That Are Timeless

Because he was a politician and not a philosopher, we tend to overlook a striking thing about Gerald Ford: he shows us a way to a good life. Not one way. Not the way. But a way. How did this unpretentious man from the Midwest, this unostentatious servant of the people, impart such an important lesson?

At the site where Gerald and Betty Ford are buried–in Grand Rapids, Michigan, on the right bank of the Grand River–one finds this epitaph: “Lives Committed to God, Country, and Love.” That pearl covers just about every important life lesson there is.

Ford showed us how to live by his example. His big commitments–to God, country, and love–were evident throughout his life. Like most Americans of his generation, he did not wear religion on his sleeve but carried faith in his heart; did not wave the flag from a pickup but wore the uniform in a war; did not wax sentimental about such grandiose abstractions as “humankind” but served faithfully those to whom he was materially accountable–his wife, children, constituents, and refugees of war.

Ford learned about the good life not so much from the books philosophers write as from the common stock of wisdom that his family, coaches, and other role models possessed. Growing up at a time that seems far removed from today, Ford learned at an early age that the good life was inseparable from religious faith, personal integrity, and service to others; aligned, as his own words attest, with the things that are timeless. His mother, Dorothy, was devout and the family worshipped at Grace Episcopal Church. Young Jerry’s elders, coaches, and Scout masters all emphasized personal integrity. And he learned the importance of putting others before self–and serve he did, as a Boy Scout and Eagle Scout in the Great Depression; as a lieutenant commander in the Navy during World War II; as a Congressman and Minority Leader in the Cold War; as Vice President and President at a historic turning point; and finally as an elder statesman in the post-Cold War world.

Ford’s dedication to serving others helped him stay humble and keep things in perspective. He once remarked that “the Presidency and Vice Presidency were not prizes to be won, but duties to be done.”

Throughout his adult life, Gerald Ford did his duty, and then some. He relished the work of stewarding institutions and serving others. Our Congress, Presidency, and nation are all the better for it. Looking back on his career, he said he had been driven by “those things that are timeless”–patriotism, sacrifice, service, leadership–and motivated to do “one’s best in meeting every challenge that life presents.” His virtue-anchored leadership and public service provided his path to the good life. Might it be your path, too?

PrevPreviousEpisode 6: “Those Old-Time Committees: Can They Fix a Broken Congress?” with Jason Grumet
Next“When There Is Truth in a Gaffe.”Next
Loading Comments...
%d bloggers like this: