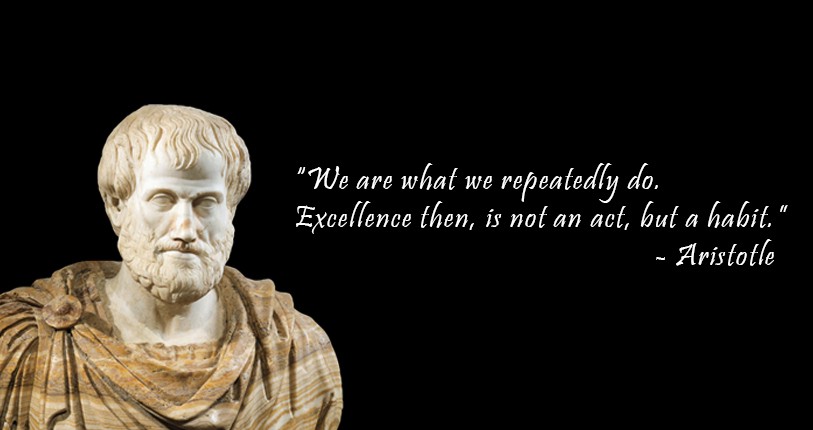 The Intellectual, Moral, Civic, and Spiritual Virtues: A Necessary Unity

So, for example, if I identify a challenge correctly, I am engaging in right reason, which is intellectual virtue. If I thoughtfully consider my options and align my behavior to right reason while seeking the good of another, then I am practicing moral virtue. If I now take my right reason and good will into the public square among people with whom I do not necessarily have a personal relationship, then I am exercising civic virtue. And if I beat back the temptation to despair when I see fellow citizens’ frustration, anger, and hopelessness, then I am asserting the spiritual virtue of hope.

I tell students: the beautiful thing about the virtues is that we can start to practice them right now, immediately, without depending on others to meet our expectations. In the moral realm, we can, as Carl Jung put it, “do the next right thing.” And when we do the next right thing, we are modeling the change we want to see. We are also engaging in what our nation’s founders called “enlightened self-interest.” It is a curious thing, enlightened self-interest, but if I try and make those around me happier, there will be less grousing and discontent among them, which means that I in turn will be happier. When we seek the flourishing of others we ourselves flourish. That is the paradox of enlightened self-interest.

In my phone conversation today with my counterpart at the Obama Foundation, Valerie Jarrett, I picked up on something she said that rings true: “Gleaves,” she said, “the more empathy people can feel for one another, the greater their capacity and desire for virtue. It starts with empathy.”

Although I had never quite put it that way, I agree 100 percent. Empathy is a virtue without which we can hardly imagine being human. I guess we could call empathy the starter pack when it comes to advancing in virtue. When we feel for others, we want to do right by them and shield them from injustice. In Aristotelian terms, we thoughtfully calibrate our feelings toward our fellow human beings, seeking the Aristotelian mean between unhealthy attachment (the excess) and indifference (the deficit). The sweet spot where we land is empathy felt to the right degree.

There. I just demonstrated an intellectual virtue. Intellectual virtue starts where curiosity meets wonder and reverence. It also begins with eloquent listening. Or with reading. Or with researching. We must have the humility to seek out others because we learn when we interact and listen to them. Humility is also the wisdom of surrounding ourselves with people who are smarter and more experienced than we are so that we can learn from them. In addition, intellectual virtue is the ability to apply reason to what we experience, hear, and read; to define things rightly; to frame issues in terms of the right polarities; to assess the quality of evidence and keeping seeking the best evidence available to inform our judgments; to use logic; to spot fallacies; and to construct sound arguments without being quarrelsome.

Did you notice that I could not write about the intellectual virtues without mentioning moral virtues? In the above paragraph, the moral virtue of humility stands out. I also alluded to the importance of good will toward others, of dealing with them in good faith, of appreciating what they have to say, so that when we construct arguments we do not come off as quarrelsome. In other words, we should always prioritize finding the truth over merely winning the argument.

The “religion, morality, and knowledge” clause in Article 3 of the Northwest Ordinance is predicated on the organic relationship among the spiritual virtues (religion), moral virtues (morality), and intellectual virtues (knowledge). The clause carries its powerful argument to the civic virtues when adding that “good government … schools, and the means of education” are also necessary for the culminating spiritual virtue, “the happiness of mankind.”

Read that paragraph again. Marinate in its profundity. There is nothing else quite like it from the founding era. It provides the directions for individuals and communities to live a good life. Along with the second paragraph of the Declaration of Independence and Preamble to the U.S. Constitution, Article 3 of the Northwest Ordinance is one of the most sublime passages in our American state papers.

It all comes back to President Ford, who at the University of Michigan and Yale Law School studied both documents. The Northwest Ordinance, in a very real sense, was the first constitution of the Wolverine State. Even after the Constitution was ratified, the Northwest Ordinance retained the force of organic law in Michigan and neighboring states. Consistent with Ford’s understanding of Article 3, he worked at cultivating many different virtues, many different excellences, in his thought and character. Fellow citizens did not regard him so much as a great president as an excellent man with great character, and that is the better thing to be.

One more thing: For a workman-like academic overview of some of the intellectual and moral leadership traits we talk about at the Ford Leadership Forum–and the organic relationship between them–click here.

PrevPreviousEpisode 8: “Those Darn American Founders: How Virtuous Were They?” with Lindsay Chervinsky
Next‘One and Done’ Is Not Enough: The Importance of Mentoring and PracticeNext
%d bloggers like this: