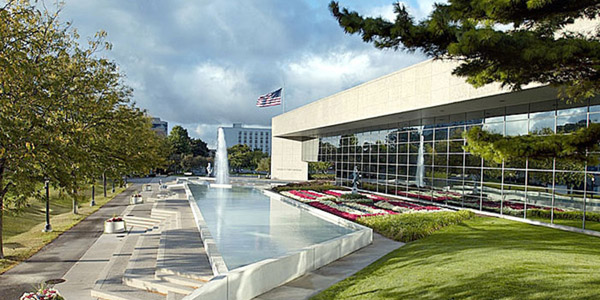 ‘One and Done’ Is Not Enough: The Importance of Mentoring and Practice

At the Ford we have metrics to boast. Our DeVos Learning Center hosts some 10,000 K-12 children each year. Thanks to the exceeding generosity of Peter Secchia and Marty Allen, these young people come from around the state to the Ford Presidential Museum, where engaging displays teach them about the life, career, leadership, and virtues of President Gerald Ford and First Lady Betty Ford. In addition, a teaching cadre led by the talented Clare Shubert immerses these students from across Michigan in interactive activities that drive home the “take-away” that the Fords were remarkable public servants, worthy of reflection, admiration, and emulation.

Impressive as the stats and lessons are in the short term, I wonder about the impact long term. Is our Museum just a mausoleum to our youth; a static snapshot of two people from a bygone era; a mere diversion from the tedium of the classroom? Or is it a medium to engage and transform?

However we answer that question, “one and done” is not enough. We should be asking ourselves what lasting impact we are having on young people who are still in intellectual, moral, civic, and spiritual formation. I’d want to know for example if, after their visit to the Museum, the Ford stays “in their head.” Is it for an afternoon, a season, or a lifetime? After experiencing the Ford and going back home, how many of our young visitors are more eager to volunteer in their local church or neighborhood? Do they pitch in on Earth Day? Join the Girl Scouts or Boy Scouts? Take their budding entrepreneurial talent to supply an unmet need in their community? Can the Gerald Ford story help them shake the near-universal cynicism about politicians they’ve likely absorbed through cultural osmosis, and see instead the awesome nobility and opportunity to serve their fellow citizens in public office? Are they more likely to become first responders, nurses, teachers, or social entrepreneurs; more likely to give some portion of their lives to serving in a capacity that makes all other service possible–in the Army, Navy, Marines, Air Force, or Coast Guard? Does learning President Ford’s story make them better team players? Are they inspired to study American history, culture, society, economy, politics, and biography in greater depth? Do they want to go to law school to write laws and remedy injustice? Who are they inspired to look up to as mentors after their time with us?

This last question returns us to the challenge posed at the beginning of this essay. How do we go beyond “one and done” and make a significant, long-term impact on our young people.

Mentoring. When it comes to long-term impact, studies and common sense show that young people have greater self-esteem and develop into better neighbors and citizens through dedicated mentoring. There is nothing more powerful in all our education than an adult role model who cares. She can be a parent, coach, teacher, pastor, entrepreneur, volunteer, or person in uniform. Role modeling arises in all walks of life. No doubt about it: we should be building up a network of great mentors to work with our young people once they leave the Ford and go back home.

Virtue anchoring. Academics have argued over whether virtue can be taught. Experience and common sense tell us it can be. Students become more virtuous through study, commitment, and practice. From Aristotle’s Nichomachean Ethics to Marcus Aurelius’s Meditations to Benjamin Franklin’s Autobiography, we learn a time-tested truth: that students can grow in virtue–can be anchored in virtue–if three things are provided. First, they must be exposed to memorable examples of virtue and vice. Life provides these case studies automatically, of course, but life has to be interpreted. Thoughtful selections from biographies can help young people understand the consequences of their attitudes and choices. Second, they need to commit their hearts and minds to weeding out their own vices while cultivating the virtues. Third, through practice, they can make the virtues habitual. Then they will be trusted and able to make a positive impact on others.

Bridging. Gerald Ford is Exhibit “A” for the lessons learned in the Ford Leadership Forum. He is the gold standard when it comes to learning, adopting, and practicing the virtues. But his development into a strong person didn’t happen all at once and he didn’t do it alone. To master the virtues, as in much else, we must crawl before we walk, and walk before we run.

Young Jerry benefited from the guidance and mentoring of his parents, coaches, teachers, Boy Scouts leaders, teammates, bosses, and priests. They all in their various ways helped him absorb the best of an archetypical midwestern city called Grand Rapids, and take his servant leadership to the next level. The trajectory of leadership growth through Ford’s life was remarkable, from Boy Scout to Eagle Scout; from being voted most popular high schooler in Grand Rapids to selection as the most valuable player on a national championship football team; to service as a lieutenant commander in the War in the Pacific to his progression in Washington, DC, from Congressman to minority leader, then from Vice President to President of the United States, in which office he served for 895 days as the leader of the free world. Every step of the way required bridging. All along this ascendant path, mentors guided his steps as he learned to translate the moral virtues of the private sphere into the civic virtues of the public square. He applied the moral and civic as well as the intellectual and spiritual virtues to the betterment of his school, team, community, nation, and world.

At the Ford Leadership Forum, we develop the bridges to help our young people learn, at each step on their path, how to bridge and internalize higher orders of virtue. And here we complete the circle, for its starts with the mentors. They have been bridge builders, and they show the young how to do the same. Good mentors show our young people what virtue anchoring and servant leadership look like, and guide them to betterment in their own lives and in their communities.

So let’s grow a movement–a movement that transforms lives and betters communities. I cannot wait to see the next aspiring young person with her dedicated mentor at the Ford!