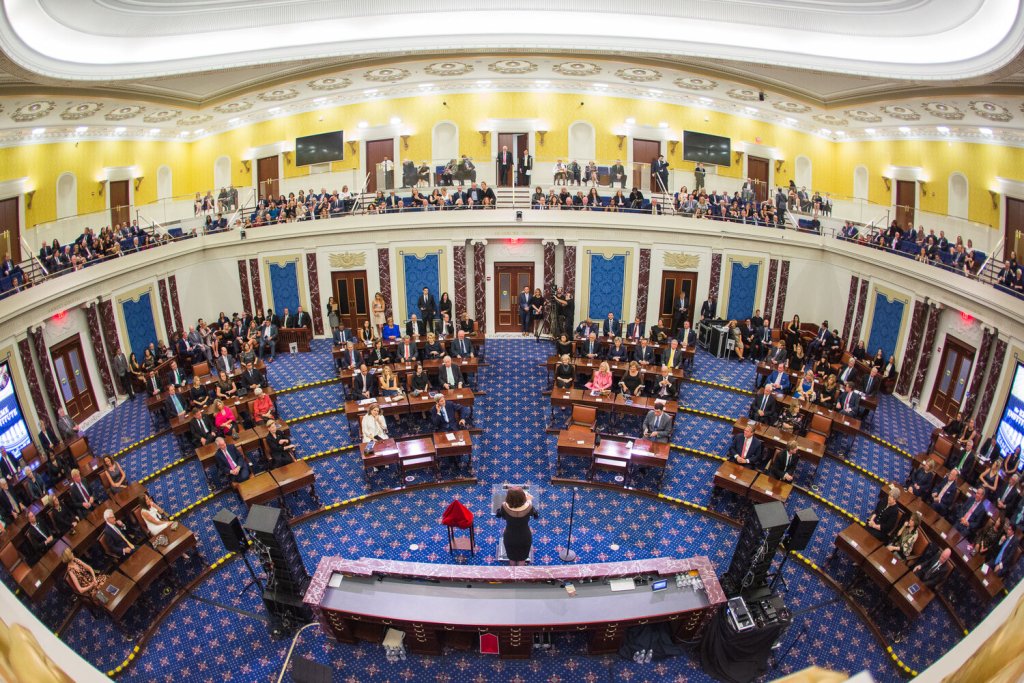 The Prosecution of the Presidency

This summer [Ed. note: events refer to time of writing of the essay, not its publication here.] the United States House Select Committee on the January 6 Attack began holding a series of live televised public hearings to investigate the role of Donald Trump in the attack on the Capitol. But given the polarized nature of our politics and current fears of a recession on the horizon, the American public do not see the hearings as a transformative event. In a Harvard CAPS/Harris poll, Americans identified inflation as the top issue leading into November elections, with only 9 percent citing January 6. Whether the hearings will change the public mind remains to be seen.

The committee’s investigation—and its possible criminal referrals of Trump to the Department of Justice—raises a broader question about how we should treat those who sit opposite the political aisle from us. Are they the “loyal opposition” who object to the actions of the present administration while remaining steadfast to the constitution? Or are they political enemies who have engaged in subversive activities that threaten the very security of the state?

In the Roman Empire, the answer was simple. Friends and allies of the preceding emperors were declared hostis publicus (enemies of the people) and dutifully slaughtered or permitted to commit suicide. Consider “The Year of the Four Emperors” (69 AD) as representative of this era when Galba, Otho, Vitellius, and Vespasian successively murdered one another and their entourages. Nazi Germany and Stalinist Russia also made extensive use of the term by declaring certain groups, such as Jews, Romani, and trade unionists enemies of the state. More recently, Donald Trump as president characterized the White House press corps as “enemy of the people.”

The closest Americans have come to declaring someone in government as a political enemy instead of an opponent was when someone has been impeached or expelled. Congress has expelled 20 of its own members (most for supporting the Confederate rebellion in 1861-2). The House has impeached 20 officials—one senator, one cabinet member, three presidents, and 16 justices—of which eight defendants were removed from office and four defendants left office before their Senate trials. Unlike censure or reprimands, impeachment requires conduct of “high crimes and misdemeanors” rather than one of disapproval; and like expulsion, impeachment could result in the loss of office.

But how should Americans treat and understand those political leaders, particularly its presidents, who have been impeached but not removed? Although Andrew Johnson was elected to the Senate after his presidency, his historical legacy has been tarnished for opposing Reconstruction. It is too early to assess Bill Clinton’s legacy, especially in light of the MeToo movement, but after his presidency he has accumulated vast amounts of wealth, remained active in political and public events, and continued to have public opinion divided about his presidency.

With Donald Trump, it is trickier, since the House Select Committee hearings are not [Ed. Note: At the time of this writing] finished, and it is unclear what the Department of Justice will press charges—not to mention we don’t know whether Trump will run again. Unfortunately, the current state of our politics is to see the opposing party as political enemies, a feeling that Trump exacerbates in both Republicans and Democrats. To see how we can get past this, a look back at Gerald Ford’s pardon of an equally controversial political figure, Richard Nixon, might provide a blueprint of how the country can move forward to see how our enemies are really merely our opponents.

Until Donald Trump, Richard Nixon was America’s most culturally divisive president. A staunch anti-communist, an awkward introvert, and a graduate of Whittier College instead of Harvard or Yale, Nixon’s 1968 victory was traumatizing to America’s political, media, and cultural establishment. Nonetheless the “silent majority” supported him. It was only his authorization of dirty tricks and lying about the Watergate break-in that led the American public to withdraw their support from Nixon. On August 8, 1974, Nixon resigned, and Congress dropped its impeachment proceedings against him. Still, Nixon faced the possibility of both federal and state criminal prosecution—a result of the desire among many to see him punished.

Despite the political costs, President Ford agreed to pardon Nixon only if the former president issued a statement of contrition [Ed. note: according to US law, the acceptance of a pardon is an admission of guilt]. On September 8, 1974, Ford granted Nixon a “full, free, and absolute pardon” that ended the possibility of an indictment. Afterwards, Nixon released a statement admitted that he “was wrong in not acting more decisively and more forthrightly in dealing with Watergate.”

The political costs for Ford’s pardon were high. Critics of Nixon claimed it was a quid pro quo: Ford’s pardon was granted in exchange for Nixon’s resignation to elevate Ford to the presidency. Although Ford denied this—and the historical record unequivocally supports Ford’s denial–his approval rating dropped from 71 percent to 50 percent, and he was called to testify before the House Judiciary Committee about it. Historians—and Ford himself—believed that his pardon was one of the major reasons why Ford lost the 1976 election.

Pundits, academics, and critics assigned numerous and various reasons for Ford’s pardon: his past friendship with Nixon, cynical political calculation, his belief that pardon was not an exculpation but an imputation of guilt. But in his testimony before Congress, Ford justified his decision by saying that granting a full pardon to Nixon would enable the country to move past this disruptive and tragic scandal. A long, drawn-out trial would only have further polarized the public and escalate tensions between political parties.

Ford’s pardon was an act of constitutional grace that cost him reelection but put the brakes on seeing one’s political opponents as enemies. With Nixon off the stage, the Democrats no longer had a rallying point to make Republicans enemies of the people, which in turn eliminated any subsequent chance for Republicans to claimed they were “stabbed in the back.” In post-Ford pardon America, both parties had to return to political issues—global affairs, the economy, and social issues—to contest their elections rather than accusations and counteraccusations of who truly loved their country.

As Ford’s pardon illustrates, the continual prosecution of presidents after they have left office leads only to divisiveness and polarization. Such a path has been trodden before by the likes of Roman Emperors and Soviet General-Secretaries, resulting in political instability and an endless cycle of political retaliation. To break this, it takes leadership rooted in a respect for constitutional law and a dedication to the common good in spite of the political costs. While Ford lost the 1976 election, he was later honored for pardoning Nixon by even his political opponents when Senator Ted Kennedy presented him the John F. Kennedy Profile in Courage Award in 2001. Initially opposed to the pardon of Nixon, Senator Kennedy later admitted that he was mistaken and history has proven that Ford had made the correct decision.

Ford’s pardon provides Americans a path to move forward past the January 6 Attack on the Capitol. The second impeachment against Trump and the House Select Committee on January 6 Attack are the proper institutional mechanism to hold those accountable for that crime. However, one may be more circumspect about whether the Department of Justice should continue its criminal investigation of Trump for the January 6 Attack. Such a pursuit could feed into fears that new presidential administrations will prosecute its predecessors and tear this country apart. This would violate the informal constitutional rules that Americans don’t go after their political opponents once they are out of office. President Ford understood this at great cost to himself, his presidency, and his party. It is a lesson from which both Republicans and Democrats today could profit.

Lee Trepanier is a Professor of Political Science at Samford University in Birmingham, Alabama.