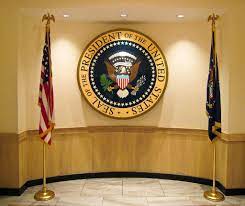 The Challenges of Leadership

One of the most uncomfortable facts of political life is that otherwise objectionable people can be good leaders, and otherwise good people can be ineffective ones. We’d like to live in a world where private virtue and public competency line up perfectly, and we’d love even more to live in a world where good gets consistently rewarded and evil relentlessly punished. But such is not the world we live in.

In politics, the problem is compounded by two questions that political thinkers have long pondered: what if private virtues are the cause of political ineffectiveness or, conversely, if the lack of virtue makes for good leaders? These questions help us reflect on the distinction between contrasting sets of virtues, one appropriate for private life and the other for public. These questions become especially prominent during times of political disorder or instability. Indeed, it was during the chaos of 16th Century Italian and Florentine politics that Machiavelli’s own specula principum (mirror for princes) achieved such infamy that to this day his name is often used as shorthand for the unprincipled use of power.

But that was not Machiavelli’s point, of course. Machiavelli’s The Prince draws our attention to some fundamental obligations a political leader has, the most important of which is the maintenance of the regime. Anyone who has ever been in charge of anything knows that the worst thing that befalls your reputation is if the thing you’re running fails while under your authority. This is especially true for political leaders, because there can’t be any “upside” to the failure (business leaders might be able to negotiate a tidy buyout for themselves) and, more importantly, because the failure of a political body is almost always attended by the Four Horsemen. The failure of a political regime is not simply a personal one, nor a benign one, but brings with it tremendous human suffering. The leader must feel very deeply the burden of such maintenance.

Because of the enormous consequences attending failure, the leader must be willing to “do what is necessary” to avoid regime collapse. All too often we see such necessity as immoral, but the conscientious leader is not able to do otherwise. Necessity, rather than pure freedom, becomes his rule. He must do what the circumstances require, even if it means ultimately destroying his own rule. His sense of responsibility must supersede his own ambition.

To Throw a Stone…

Of course, it can often be the case that we view such machinations as self-aggrandizing, but Machiavelli warned us against criticism of our leaders from the comfort of our couches. Political leaders will often operate in circumstances where there are no obviously “good” choices, and certainly no perfect ones, and as a result leaders may be condemned by the very people for whom they offer this high service.

The strict juxtaposing of “realism” with “idealism,” which is a standard approach in political science, muddies that waters significantly. Being a “realist” doesn’t commit you to immorality or prevent you from pursuing high-minded goals, and being an “idealist” isn’t shorthand for moral purity especially when the pursuit of purity results in foreseeable human suffering. In any case, politics is more than anything else an ability to see things clearly, to see them for what they are, and to operate in accordance with such vision.

The tragedy for any political leader, as we learn from the lesson of Moses in the Hebrew scripture, is that they might not ever enter the land they both envisioned and longed for. Worse, they might be despised by those they’ve led, who hold the dirty hands of the leader in contempt, even though those hands were precisely what enabled the people to keep their own hands clean.

After the First World War, Max Weber admonished the young students of his country to embrace an ethics of responsibility, by which he meant they had to have a mature understanding of both political possibilities but also a willingness to do the hard but necessary things. Here at the Ford Leadership Forum, we believe we are facing a similar situation: the youth of the city are confused about the possibilities of justice, and thus of political action itself. But we are not helpless or hopeless. We can still guide ourselves by the compasses of ancient wisdom and other tools of navigation. The darkness is never so deep that we can’t look forward to the coming dawn. Despair is our greatest enemy.