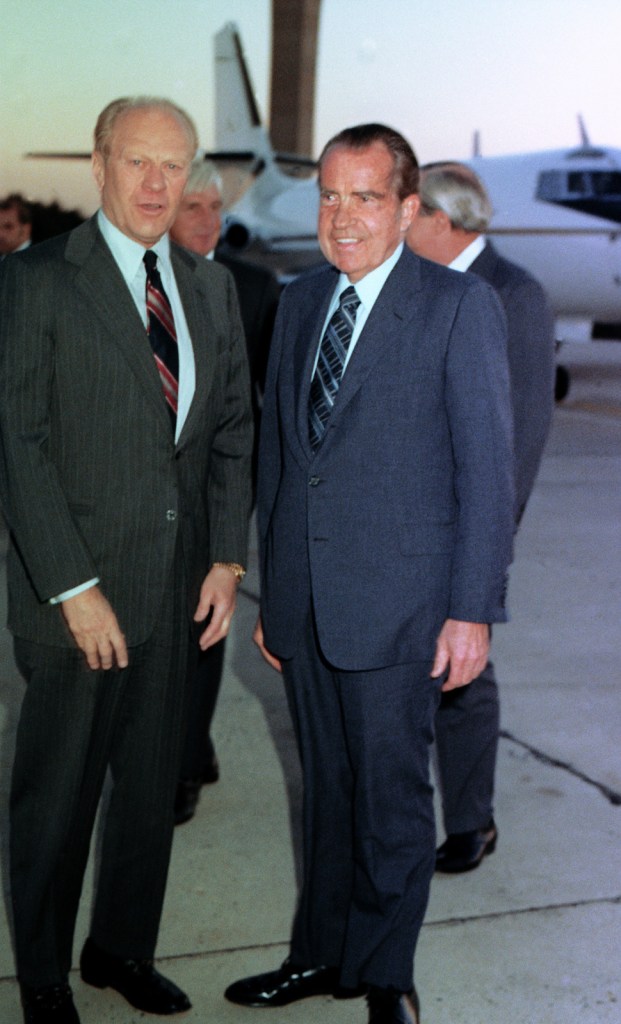 The Nixon Pardon at (Nearly) 50: What President Ford’s Successors Should Learn from His Courageous Clemency Grant

President Gerald Ford’s September 8, 1974 preindictment pardon of Richard Nixon for “all” his presidential misdeeds left Bernstein – and most Americans – both shocked and livid at this sudden end to the Watergate investigation. Shocked, because Ford’s earlier statements had suggested that any clemency decision was far down the road. He had not adequately prepared the country for the possibility of a Nixon pardon, thus adding to the sense of deceit and betrayal. Livid, because the country had been denied full knowledge of what crimes Nixon may have committed. The public vented its frustration to the White House in a flood of hundreds of telegrams (1974’s version of email) arriving every hour, running six to one opposing the pardon. Republicans paid dearly for Watergate that fall, losing, initially, four Senate spots and a staggering forty-nine House seats. Two years later, Ford was denied his presidential bid by Democrat Jimmy Carter.

Ford tried to explain his reasons for the Nixon pardon, but at the time the public and the press wasn’t yet ready to listen. Revisiting Ford’s remarks made on camera before reading the pardon proclamation that fateful day reveals his concern for his conscience, his duty to the Constitution, and, most importantly, “mercy” and “domestic tranquility.” These last two are the rationales for clemency mentioned by Alexander Hamilton in Federalist #74 and have been followed either implicitly or explicitly by most presidents from George Washington forward. They are both well-grounded and appropriate reasons for granting clemency.

Over time, tempers cooled and a new perspective on the Nixon pardon gradually took shape. Today, the decision is generally regarded more as an act of statesmanship than an abuse of power. The pardon was granted before President Ford was shielded from potential electoral consequences and stands now as a compelling example of moral leadership. And, frankly, it looks even better when compared to what followed, as several of Ford’s successors from both political parties have abused clemency for their own selfish reasons, usually when free from electoral consequences.

On Christmas Eve 1992, six Iran-Contra figures (including former Reagan defense secretary Caspar Weinberger) received clemency from President George H.W. Bush, who had just lost his reelection bid to Bill Clinton the prior month. This bold decision ensured that Bush would not have to testify in Weinberger’s trial, a distinct (and embarrassing) possibility that was wiped away with a stroke of Bush’s pardon pen.

Against the united opposition of federal law enforcement, President Bill Clinton offered conditional clemency in August 1999 to members of a Puerto Rican Nationalist organization tied to several terrorist acts. Clinton heeded outside pressure and recommended clemency, apparently to urge Hispanic voters in New York to support Democratic candidates. Considering campaigns at the time were First Lady Hillary Clinton (New York Senate) and Vice President Al Gore (President of the United States). And while exiting the presidency, Clinton granted clemency to 176 people, including his half-brother, Roger Clinton, Whitewater figure Susan McDougal, and fugitive Marc Rich. When Rich’s extensive, secret clemency campaign was outed, Americans learned that his ex-wife, Denise, was a major Democratic fund-raiser who, in the prior year, had donated almost a half million dollars to the Clinton presidential library. An investigation later revealed that no laws were broken.

George W. Bush’s July 2007 decision to rescue Vice President Richard Cheney’s former chief of staff, I. Lewis “Scooter” Libby, from a prison sentence also merits a spot on this shameful list. Convicted of four felonies, Libby – who was about to become federal prisoner number 28301-016 – was enjoying his final days of freedom when Bush (a lame duck at this point in his presidency) commuted his “excessive” thirty-month prison sentence to zero time behind bars, leaving intact a fine and probation.

President Donald Trump took clemency abuse to a new level. He largely avoided the Office of the Pardon Attorney in the Department of Justice, which is the bureaucratic entity responsible for screening clemency applications. Instead, Trump operated on a more ad hoc basis and granted clemency to a laundry list of political supporters, celebrities, and even his friends and aides. Sometimes he claimed to be helping people who were treated unfairly by the legal system, but mostly he treated clemency as his own kingly prerogative. Trump’s approach to clemency often put his own personal concerns first, which was far from what Alexander Hamilton had in mind.

Two decades ago, Senator Edward Kennedy and the John F. Kennedy Library honored Gerald Ford with its “Profile in Courage” award for the Nixon pardon, and public opinion (including both Bernstein and Woodward) gradually came around to recognize Ford’s bravery, too. Will the Iran-Contra pardons, Clinton clemency decisions, Bush commutation of Libby’s sentence or Trump clemency grants ever be similarly celebrated? Unlikely, as they all seem less motivated by concerns about the stability of the country or showing mercy to individuals and more about furthering a president’s own political, legal or financial goals.

Joe Biden’s clemency record is still a work in progress. But he and all future presidents should look back to President Ford’s example of political courage as demonstrated by the Nixon pardon. Like Ford, they should grant clemency motivated by mercy and/or the public interest, and in doing so repudiate these recent abuses and start to restore the norms and practices that have traditionally guided presidents on clemency questions. By doing this, they can help end this list of injustices and restore confidence in the clemency power, and, by extension, the institution of the presidency.