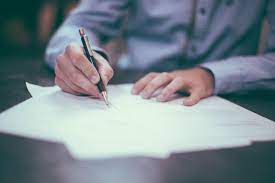 Among President Ford’s virtues was his well-known penchant for hard work. James Cannon in his biography of Ford relates that, on their wedding day, Ford’s sister-in-law, Janet Packer Ford, told Betty that she would never have to worry about another woman because work was Ford’s mistress.* My impression from reading biographies of Ford is that he may have been guilty of tilting the work-life balance too much in favor of the former, but neither should we discredit both how that work ethic got things done and how it related to the need for meaning and purpose in life.

Having spent 30 years teaching college students I can say I witnessed a spectrum when it comes to student work ethics. Some students were doggedly determined and disciplined, to the point where I had to admonish some of them to lighten up a little. Far more common were the shirkers and slackers, those who had a gift for making excuses but not for getting things done. One hard lesson I learned from one of my undergraduate professors was that the world was divided into those who accomplished tasks and those who made excuses. He espied I was in danger of becoming the latter, and his admonishment has stuck with me ever since.

The most common kind of student was the type who did what was expected, but no more, and with no accompanying sense of doing it as well as possible. A work ethic relates directly not only to appointed tasks, but to the standards or expectations that accompany them. I don’t think I’m telling tales out of school when I confess that the standards on our campuses have slipped precipitously. A 3.5 GPA now isn’t what it was 25 years ago. More and more students are graduating with 4.0’s, and that isn’t because there’s been an uptick in intelligence or because teachers have gotten that much better.

Hard work, I told students, is a necessary but not a sufficient condition for success, and the motivation for it matters. Some people work hard because they want to avoid other obligations (another observation from my time in the academy: behind every successful scholar is an unhappy marriage); sometimes they are possessed by inner demons that crave approval of others, resulting in an obsession with status; sometimes they’re in it for the money.

A Case for Excellence

On campuses across the country there has been a push for “redefining excellence,” by which is typically meant defining excellence downward. So it comes as no surprise that at the very moment that our colleges and universities are attenuating standards they are also suggesting that maybe hard work ain’t all it’s cracked up to be. This report from (of all places) Harvard Business School argues that “hard work” might well be exactly the wrong message to send our children.

“How do all of these lessons about working hard potentially carry over to our beliefs about other people?” asks Ashley Whillans, an assistant professor at Harvard Business School, who co-authored the study. “If you are learning that effort is the way to achieve success, and you see people who have less, you might assume they didn’t work hard enough—as opposed to recognizing the systems and institutions we know can stand in the way.”

Hard work, I told students, is a necessary but not a sufficient condition for success, and the motivation for it matters.

Setting aside the argumentative “we know,” the report seems to repeat the error that in a world where everything is “systems and institutions,” and these in turn are inherently unjust, then individual effort really doesn’t count for much. This is a recipe for ennui and hopelessness.

The conclusion is predetermined by the tendentiousness of what was a really poorly designed set of studies. That aside, the lowering of standards and the suspicion of hard work are the tongs of a pincer that will adversely squeeze the capacities of our educational systems and for our system of government. It may be that what the authors pejoratively refer to as “luck” is a determinant in outcomes, but it’s not the only one. Part of the dynamism of America has been that people in the lower classes improve their lot through hard work while people in the upper classes can slide down due to its absence. If indeed we are living through a static period defined by lack of upward and downward mobility, the problem will not be solved by lowering standards and devaluing work.

*An earlier version misidentified the speaker as Ford’s step-sister.