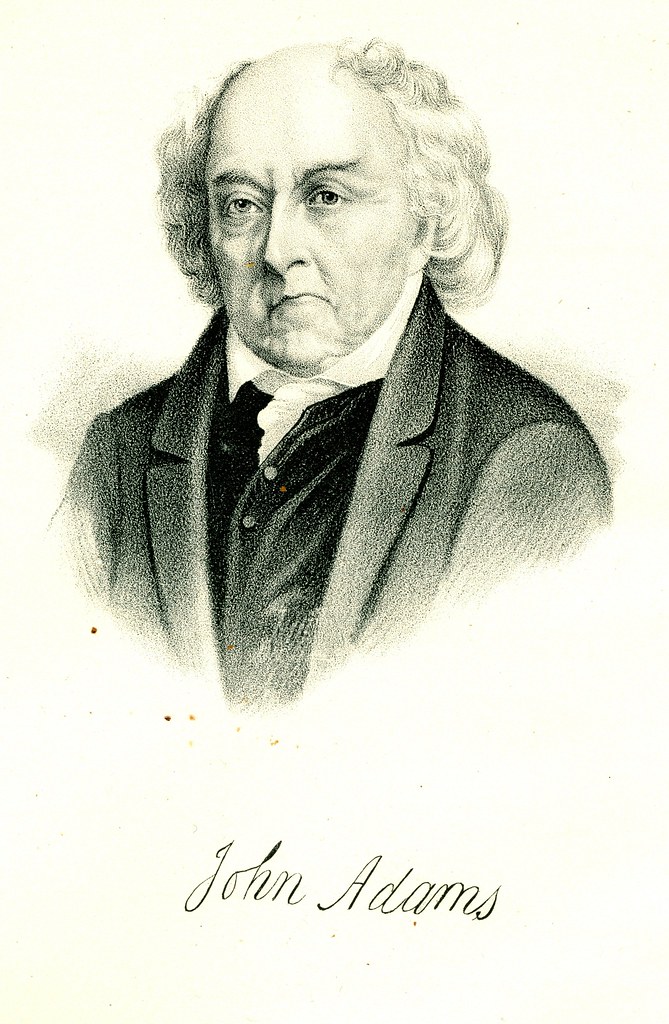 David French in this essay places alongside each other two contrasting thoughts of two contrasting thinkers—first friends, then enemies, then friends again—who were central figures in our nation’s early history. The first words he shares are the well-known ones that act as the Preamble to the Declaration of Independence. These words might just as easily give a philosopher fits as they would inspire a fledgling nation, and in any case it’s unclear that the listing of the “long train of abuses and usurpations” amounted to an actual justification for armed revolution, but no one can deny the document’s aspirational value nor its central purpose in articulating a set of principles essential to democratic governance. But, for the most part, the Declaration also has its limits, for it wasn’t intended to be much more than demonstrating “a decent respect to the opinions of mankind” by declaring “the causes which impel them to the separation.”

The more consequential quotation in French’s essay comes from John Adams, who observed that unless vice is restrained it “would break the strongest Cords of our Constitution.” French continues

Put in plain English, this means that when public virtue fails, our constitutional government does not possess the power to preserve itself. Thus, the American experiment depends upon both the government upholding its obligation to preserve liberty and the American people upholding theirs to exercise that liberty towards virtuous purposes.

Of course, neither side can ever uphold its end of the bargain perfectly (and there are many safeguards built into the system to preserve it from inevitable human imperfections), but that’s the general thrust. Citizen and state both have obligations, and if either side fails, it imperils the republic.

This observation connects to a long-standing observation about citizens and their polity: the more they can govern themselves, the less they will need a paternalistic government to watch over them. In other words, self-government has a dual meaning: can a person govern himself in his person, and can a community govern itself as a polity? French’s essay is a reminder of the virtue of restraint in politics, a virtue much imperiled in a society that often equates restraint with repression.

“Riots,” French writes, “don’t erupt in healthy cities. Insurrections don’t spring from healthy cultures.” French takes these observations in an interesting direction, however, for the discontent and anger seems most manifest in a class of people who have never had it better. It’s in the midst of abundance and wealth and material achievement that we seem to have achieved ever greater levels of disaffection and unhappiness.

This judgment would square with the apparent fact that it’s frequently the children of financial privilege who are the most disaffected. There is much one could say about the psychology of this, but the main point involves how such disaffection, when connected to ideology, becomes a mechanism for exercising power. The academic battles of the last half-century resulted in no small part from French theorists who suggested that all disagreements—indeed, all exercises of authority—we about nothing other than power. Taking the claim seriously, academics in particular, and our society in general, has gradually come to see politics as nothing other than a power struggle.

Our constitutional is a rejection of that claim. Thus, French continues:

“The response to John Adams’s warning is not to arm the government with more power but to equip citizens with more virtue. And how do we do that? The path past animosity and against despair can be as short and simple as the path from Twitter to the kitchen table. It’s shifting the focus from the infuriating thing you can’t control to the people you can love, to the institutions you can build.”

I think this is exactly right. “Creating” virtuous citizens is an extraordinarily difficult task, but it’s not done well by government or, for that matter, by universities. For that matter, even compulsory primary and secondary schools aren’t particularly good at it. French admonition above demonstrates two things: the virtues of citizenship are created in acting as citizens, and that means primary engagements in family life and local associative life; and, secondly, when institutions become weak, one should engage in building strong institutions, which is exactly what we are trying to do here at The Ford Leadership Forum.

French rightly identifies virtue as related to a life of meaning and purpose. But the cultivation of virtue happens in close association, and meaning and purpose find their rightful place there. Meaning and purpose are microscopic features of our lives, not telescopic. As French says: “To do the big thing—to heal our land—we have to do the small things.”

PrevPreviousFord Forum Social
NextWhere is Gerald Ford when we need him? Normalcy never looked so good. Next
%d bloggers like this: