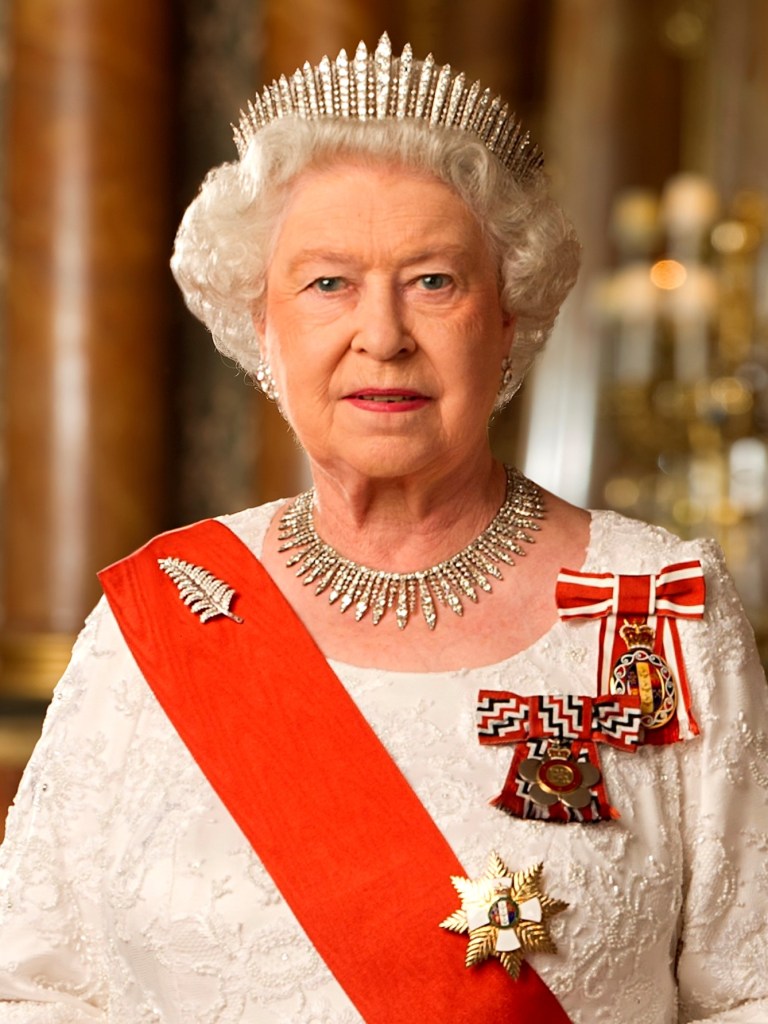 It may seem strange to our readers that one of the first essays we post on the Ford Leadership Forum’s website is about, of all things, a monarch. A certain amount of anti-monarchism is bred into our bones. Many of the objections to the proposed Constitution back in 1787 involved the suspicion that Article II (creating the executive branch) was flirting with monarchy. Patrick Henry in his impassioned speech to the Virginia ratifying convention observed of the Constitution that “It squints toward monarchy,” the mere invocation of the word being enough, in his judgment, to discredit the document.

Can there be something that is part of our politics but at the same time transcends it? Phrased this way, the paradox becomes obvious to the reader, but this is a special problem in democratic republics precisely because they always accept factionalism as the price of liberty. In the midst of the roiling divisions, what can bring unity?

A Monarch! My Kingdom for…a Monarch?

The word “monarchy” means “The rule of one.” As Americans, we recoil at the idea precisely because we see the seeds of despotism in it (although we often fail to see the despotism involved in the rule of a few or the many). A monarch might be able to rule by dint of place, but can never elevate or ennoble the body politic without possessing virtues requisite to such a task. Given a situation where the monarch might exercise great power (clearly no longer the case in England), the fundamental virtue he or she would have to possess would be temperance, or self-restraint. In a non-monarchical system, that virtue would either have to be sustained by the rule of law (which, because it is coercive, is not fully virtuous) or through the moderation of desire among the public.

Queen Elizabeth was an anachronism not primarily because she was a monarch in a democratic world, but because she consistently modeled a set of virtues which are so out-of-step with a democratic ethos. The British ex-patriate Andrew Sullivan said it well: “Part of the hard-to-explain grief I feel today is related to how staggeringly rare that level of self-restraint is today. Narcissism is everywhere. Every feeling we have is bound to be expressed. Self-revelation, transparency, authenticity — these are our values. The idea that we are firstly humans with duties to others that will require and demand the suppression of our own needs and feelings seems archaic. Elizabeth kept it alive simply by example.”

A monarch might be able to rule by dint of place, but can never elevate or ennoble the body politic without possessing virtues requisite to such a task.

Political leadership involves articulating a vision and building coalitions that can help make that vision a reality. But it is so much more than that. In an era seemingly dedicated to debased self-interest, we may easily forget that the classical view of political life is that it ennobles us as human beings. At its best, politics gets us to be our best; it encourages the better rather than the lesser angels of our nature. It does this because the alternative to political life is either destructive anarchy or isolated and alienated egoism.

This ennobling quality of politics is too easily forgotten, in no small part because we have accepted crassness, viciousness, mendacity, and coarse conduct as par for the course. If we demand so little of our leaders in terms of their character, they will offer us nothing in terms of elevating our own, and the result will be a politics that is mean-spirited and a desperate grasping at power. If we are not virtuous, we will be vicious, and that will mean we have fundamentally lost sight of who and what we are as human beings.

C.S. Lewis captured this dynamic well in his reflection on the queen’s coronation. He wrote:

You know, over here people did not get that fairy-tale feeling about the coronation. What impressed most who saw it was the fact that the Queen herself appeared to be quite overwhelmed by the sacramental side of it. Hence, in the spectators, a feeling of (one hardly knows how to describe it)–awe–pity–pathos–mystery. The pressing of that huge, heavy crown on that small, young head becomes a sort of symbol of the situation of humanity itself: humanity called by God to be His vice-regent and high priest on earth, yet feeling so inadequate. As if He said ‘In my inexorable love I shall lay upon the dust that you are glories and dangers and responsibilities beyond your understanding.’ Do you see what I mean? One has missed the whole point unless one feels that we have all been crowned and that coronation is somehow, if splendid, a tragic splendour.

This dual realization–that as human beings we are made of dust and shall to dust return, but are at the same time cloaked in splendor—is at the core of any genuinely humane politics, a politics that simultaneously acknowledges our lowly estate while holding out the promise of an elevated one. And this promise is what is vouchsafed to us in the noble character who, once elevated, is now visible to all. The good monarch reminds us of the most important truth we can learn as human beings: that a good life is one that attends to duty and obligation and doesn’t focus narrowly on rights and entitlements. It will bear hardship with stoic resolve and enjoy success with modest humor. It will accept ones lot in life, no matter how demanding, as a gift to be accepted without resentment or bitterness.

The Queen of Hearts

I’m an American, so a respect for monarchy is pretty foreign to me. I would not for that, however, gainsay the significance of one, especially one who has performed her tasks so well and admirably, as Queen Elizabeth II did. To quote Sullivan again: “It has nothing to do with merit and logic and everything to do with authority and mystery — two deeply human needs our modern world has trouble satisfying without danger.”

I think back to the Queen’s visit to the United States while we celebrated the bicentennial of our Declaration of Independence from the English throne. A less gracious person would not have attended at all. A less dignified person might have ironically pouted during the proceedings. In her toast, the Queen observed:

“But these early quarrels are long buried. What is more important is that our shared language, traditions, and history have given us a common vision of what is right and just. Both our peoples believe in the worth of the individual and the family, in freedom of religion and expression, and the right to change a government by the ballot box rather than the gun–perhaps, the best definition of democracy. That is why time and time again, in the testing days of war and the constructive years of peace, we have stood together on the things that matter.”

And then the Queen and the President danced together; two persons clothed in the dignity of virtue and the splendor of dutiful service, their dance communicating to all that former enemies can move together in mutual respect and harmony.

PrevPreviousWhere is Gerald Ford when we need him? Normalcy never looked so good.
NextHard WorkNext
%d bloggers like this: