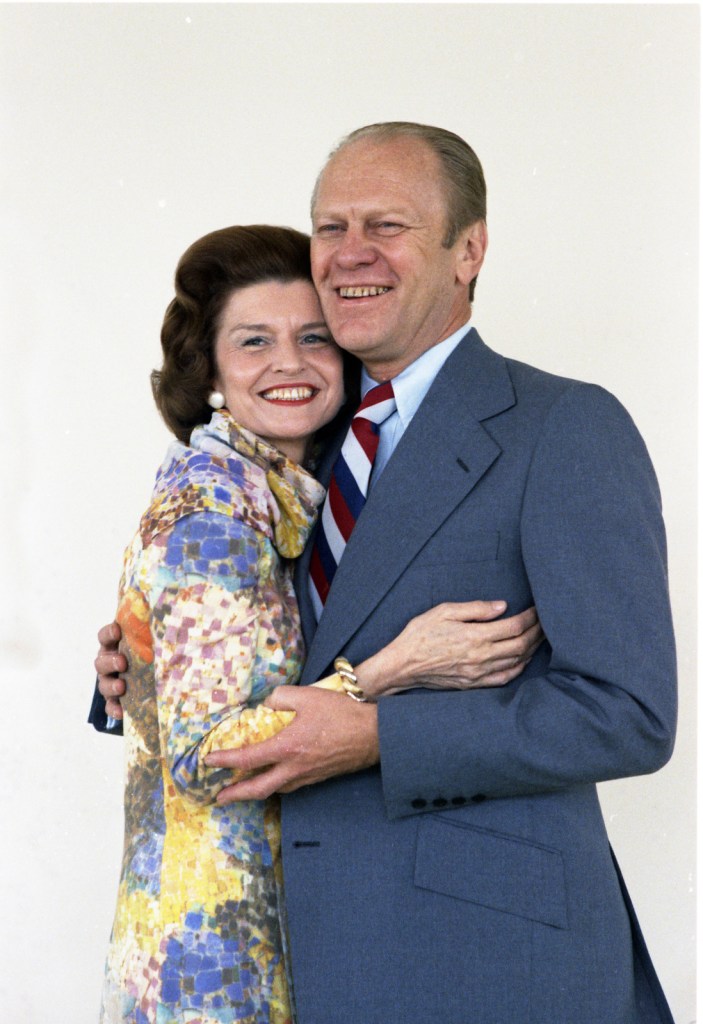 Where is Gerald Ford when we need him? Normalcy never looked so good.

Author Flannery O’Connor once explained, “Whenever I’m asked why Southern writers particularly have a penchant for writing about freaks, I say it is because we are still able to recognize one. To be able to recognize a freak, you have to have some conception of the whole man.” By all accounts Ford provided us with just such a “conception of the whole man.”

The “whole man,” which we might call a “normal” man or woman, in this sense, does not mean “average” given that the latter terms may carry a connotation of mediocrity. Average, moreover, may set the bar far too low given that it is a relative measurement and dependent on the times in which one lives. It may seem strange, moreover to describe someone as “normal” and intend it as a compliment, but such are our circumstances. Those who knew Ford seem to exhaust their vocabulary in describing him. Perhaps their praise might be summed up in this way: Ford was in possession of a sterling character combined with a temperament of unshakeable equanimity. He was a man of integrity; both confident and humble.

“I never met anyone so easy to like, or so comfortable with who he was. He was a man contented. He envied no one, wanted for no attribute or asset he did not have. . . . He was driven by principle, not ego. He knew his reach and he knew his limits. He liked being  Jerry Ford. He was at peace with himself.”

Ford’s temperament was remarkably well suited to the office. He was cheerful, good humored, open, mentally alert, physically strong. In crisis he was calm, resolute. With his easy grin and ingrained optimism he radiated self-assurance.

Ford was the first Vice President to be installed by virtue of the 25th Amendment, and even more dramatically, Congress’s investigation of Ford was conducted with the possibility, if not the probability, that he might soon be president given the legal issues in which President Nixon was then enmeshed.

Cannon notes, that, in effect, Ford was the first president elected by Congress, and even though Ford was one of their own, having made his career in the House, his “background check” was perhaps the most exhaustive before or since: “The FBI dispatched more than 350 agents in 33 field offices to conduct more than 1,000 interviews, and filed 1,700 pages exposing every facet of Ford’s life—from childhood on.”

The worst the investigation discovered seemed to be that Ford was once cited for unsportsmanlike conduct for a late tackle—never mind that the young player never heard the whistle.

The foundation of Ford’s life was undoubtedly his piety. He lived by one of his favorite scriptures.“Trust in the Lord with all thine heart and lean not unto thy understanding. In all thy ways acknowledge him and he shall direct thy paths.” (Proverbs 3, 5,6) Unlike some others, Ford lived as if he had a soul and such a philosophy of life, if sincerely held and rigorously pursued,  establishes a hierarchy of goods and values that keeps one’s life in the best possible perspective. The spiritual supersedes, informs, and regulates the material.

Yet, some decades ago, Pope John Paul II warned, that given encroaching materialism, the next heresy would not be a theological dispute over the nature of God, but rather an attack on what it means to be a human being. This will be made possible precisely because men and women will forget they have a soul; they will live on a shallow material plane, unmoored to anything more substantial. How prescient he was! The pontiff called for a new anthropology that might serve as a counterweight to the threat he perceived, and which has now arrived. It is late in the day when a public figure declines to offer a definition of “a woman” for fear of controversy.

In Human, All Too Human, and then later in Thus Spake Zarathustra, Friedrich Nietzsche urged us to thrust aside our limitations and welcome a brave new world in which we become something more than what we are. He thus sought to define upward the definition of a human being. Instead, we have defined down what it means to be human. Our race is not evolving; it is devolving. In the Abolition of Man, C.S. Lewis warned, “We make men without chests, and expect from them virtue and enterprise. We laugh at honor and are shocked to find traitors in our midst.”

When Ford assumed the office of president, success in the Vietnam war was unrecoverable and so he proceeded to end it as best he could. In his explanation, he borrowed a phrase from Abraham Lincoln’s elegant Second Inaugural. Ford explained, “The time has come to look forward to an agenda for the future, to unify, to bind up the Nation’s wounds, and to restore its health and its optimistic self-confidence.”

It is worth quoting more of Lincoln’s lofty hope for the future in this context:

With malice toward none with charity for all with firmness in the right as God gives us to see the right let us strive on to finish the work we are in to bind up the nation’s wounds, to care for him who shall have borne the battle and for his widow and his orphan to do all which may achieve and cherish a just and lasting peace among ourselves and with all nations.

Cannon explains that for Ford’s address upon taking the oath of office, speechwriter Robert Hartman, in reference to the Nixon administration, included the phrase “Our long national nightmare is over.” Ford demurred, worried that such a sentence would be too harsh, but Hartman persuaded him to retain it, arguing that it would be the most memorable phrase.

In today’s atmosphere, thick with recriminations, it seems pollyanish if not premature to adopt Lincoln’s motto, “With malice toward none, with charity for all.” But might we at least hope for a Gerald Ford who will help end our “long national nightmare?” Do such men and women still exist? We can only pray.

Henry T. (Hank) Edmondson III, is the Carl Vinson Chair of Political Science & Public Administration in the  Department of Government at Georgia College.