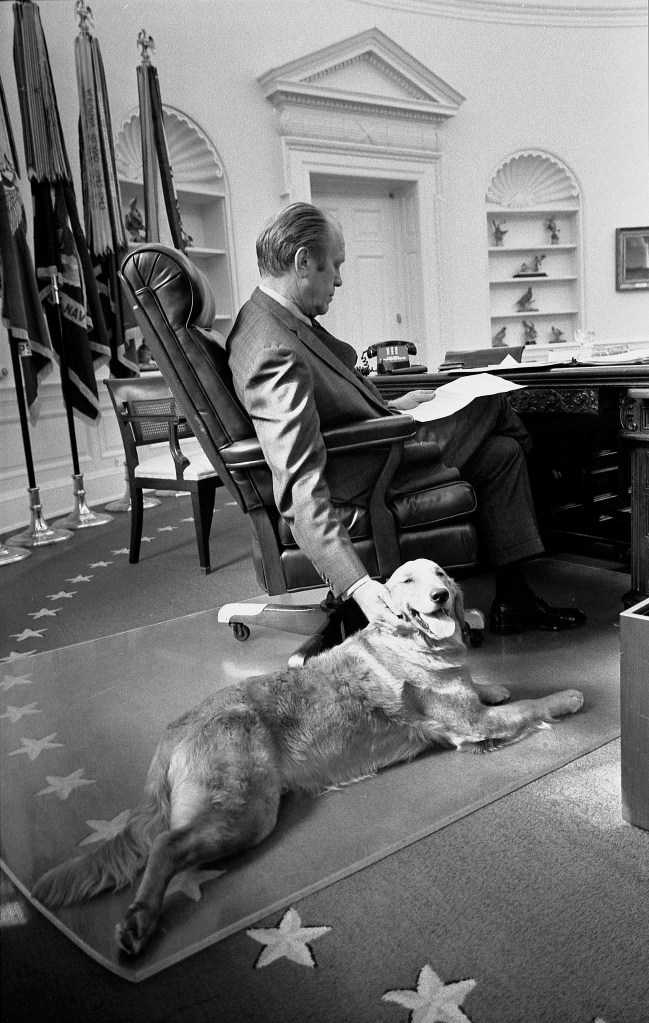 Things were different back then.

In his authoritative study, The Making of Environmental Law (2004), Richard J. Lazarus, describes how “by the end of the 1970s, the entire legal landscape pertaining to environmental law had been transformed.”

The 1970s was an era of heightened environmental awareness throughout the nation, given a dying Lake Erie, burning rivers, the Santa Barbara oil spill, and greater sensitivity to toxic chemicals.

Moreover, the challenges were obvious and quite evident even if the solutions were not: raw sewage, smog, and declining iconic species such as the American Eagle and the Grizzly Bear were ever present to the public consciousness.  There was also a growing sensitivity to toxic chemicals in the environment, no doubt spurred by Rachel Carson’s book, Silent Spring.

In the 1970s environmental politics were not as polarized as today.  Lazarus cites Nan Robertson in The New York Times who, on Earth Day 1973, concerning the proposition wrote that “Conservatives were for it.  Liberals were for it.  Democrats, Republicans and Independents were for it…It was Earth Day and, like Mother’s Day, no man in public office could be against it.”  In truth Republicans and other right-of-center politicians experienced some tension in their support for protecting the environment and their disposition to oppose big government or regulatory intervention in the economy.  President Nixon famously backed off his early and strong support for environmental regulation, having previously created the Environmental Protection Agency (EPA) and supporting new and numerous environmental laws.

The only member of the Conservative Party (New York) to have been elected to the United States Senate, James Buckley, the brother of conservative columnist William F. Buckley, Jr., supported the Endangered Species Act (“I was a passionate defender…”) given his interest in wildlife and biodiversity.  However, he bristled as its strictures were extended to private property through regulation and court decisions without compensation to landowners.  Indeed, his brother, William F., took strong environmental positions in his unsuccessful run for mayor of New York City in 1965.  Regarding pollution, Buckley opined “Here is a legitimate concern of government–a classic example of the kind of thing that government should do, according to Lincoln’s test, because the people cannot do it well or better themselves.”

One more example.  Senator, photographer, and outdoorsman Barry Goldwater included a chapter in his second book, The Conscience of a Majority (1970), entitled, “Saving the Earth,” in which he stated that “Our job is to prevent that lush orb known as Earth…from turning into a bleak and barren dirty brown planet.”  He called for environmental enforcement and a crackdown on polluters.

“I am a great believer in the free, competitive enterprise system and all that it entails,” he wrote.  “I am an even stronger believer in the right of our people to live in a clean and pollution-free environment.”

Goldwater introduced legislation to expand the preservation of the Grand Canyon in the 1950s and supported the creation of various new wilderness areas in the 1970s, but voted against the Wilderness Act in 1964 for fear it would generate too much tourism in such areas.  He also cosponsored the Clean Air Act in the Senate and the creation of EPA.

Ford in the Field

This historical context helps us to understand the environmental stance of Michigan Congressman, Vice President and then President, Gerald Ford, as he came to grips with the environmental movement of the 1970s.  His approach was sympathetic to environmental and natural resource concerns without abandoning basic principles of limited government.  Dare to say, it was a common-sense approach.

The Library of Congress’s Congressional Research Service (CRS) was tasked by a congressional committee to prepare an Analysis of the Philosophy and Voting Record of Representative Gerald R. Ford, Nominee for Vice President of the United States in 1973. It examined “remarks made, legislation introduced, and votes cast by Representative Ford in the House of Representatives from 1949 through 1973” and focused on major issues including the environment and natural resources.

Congressman Ford voted for the grandfather of modern federal environmental legislation, the National Environmental Policy Act of 1969 or NEPA.  This law requires federal agencies to examine the environmental effects of any major actions and requiring an environmental impact statement; which, at the time, was revolutionary.  While the process has become more cumbersome, with statements taking years and thousands of pages, it was a useful daylighting of government deliberations relative to environmental consequences of projects.  It The law did not mandate any results but only a transparent analysis of alternatives and likely outcomes.  It was, in truth, an information-based approach and less heavy-handed in regulatory terms.

Like Senator Goldwater, Ford “consistently supported clean air legislation since 1963 when the first Clean Air Act was passed” voting for the 1967, 1969 and 1970 versions, the latter being the most significant.

He was consistent in his stance concerning regulation of toxic substances.  As a congressman he voted for TSCA in 1972, legislation he ultimately signed into law as president.  But the bill failed back then because of Congressional adjournment.

As befitting a man from the Great Lakes State, “Congressman Gerald R. Ford has consistently supported water pollution control legislation,” said the CRS.  He voted for the Federal Water Pollution Control Act Amendments of 1972, what is now known as the Clean Water Act, which established a national, federal permitting program regulating the discharge of pollution into the waters of the United States.  The law was vetoed by President Nixon who cited “spiraling prices and increasingly onerous taxes” and the “staggering budget wrecking $24 billion” provided in the bill for grants to public wastewater systems for secondary treatment.  The Senate voted by 52-12 to override, with 35 senators not voting.  The House of Representatives voted by an overwhelming 247-23 to override with 160 not voting.

Gerald Ford voted for the over-ride of the President’s veto.  Again, in this matter he was consistent in that “he voted for every major water pollution control legislation from 1956 through 1970,” according to the CRS.

In his time as president, Ford was a consistent supporter of wilderness legislation, protecting, literally, tens of millions of acres.

Clean air, water and protection of species and landscapes made sense to most Americans in the 1970s.  It was also a time when there was greater trust in the federal government.  According to the Pew Research Center, today only less than two in ten Americans trust the government in Washington to do what is right “just about always” (2 percent) or “most of the time” (10 percent).  In 1958 three-quarters of Americans trusted the federal government to do the right thing almost always or most of the time.  In 2022 a common-sense consensus on environmental policy is much harder to obtain than was possible for Gerald Ford and his colleagues.

G. Tracy Mehan, III is an adjunct professor at Scalia Law School, George Mason University.  He was former director of the Michigan Office of the Great Lakes in the administration of Governor John Engler and, subsequently, Assistant Administrator for Water at US EPA in the administration of President George W. Bush.  He may be contacted at gtracymehan@gmail.com