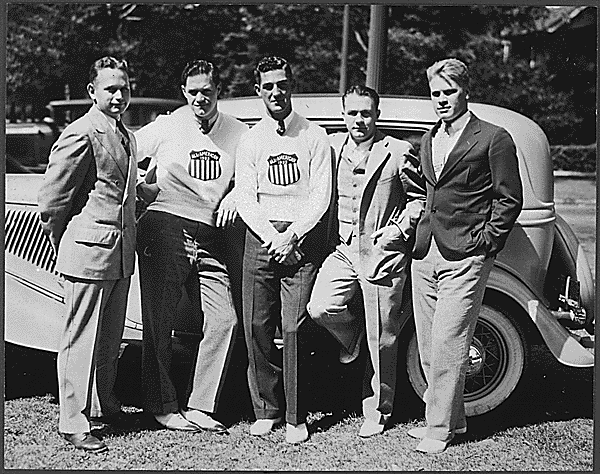 We Are More Than Workers

In his autobiography, Gerald Ford recalls his excitement at the prospect of going to the University of Michigan. It was a game changer for the young man from Grand Rapids–and not just because of football. The bachelor’s degree he earned in 1935 dramatically expanded his horizons. And yet, looking back, an older and wiser Jerry Ford wished he had done some things differently during his four years in Ann Arbor.

Preparing to interview Ford in 2005, 70 years after earning his degree, I obtained a copy of his U of M transcript from the Ford Presidential Library. He made solid A’s and B’s in his major field of study, economics, and related classes. I was pretty sure I knew what he’d say if I asked him what he would have done differently as an undergraduate. I thought he would say something like, Take more political science classes to prepare for a career in government service. I was in for a surprise.

“Classes in the liberal arts?” I ventured.

Ford’s response led to a discussion of the purposes of a college education. It was important that our institutions of higher education make better workers and better citizens. “Our schools,” he said, “need to prepare students for unprecedented changes in the workplace. Our schools also need to dedicate more time to teaching civics. An educated citizenry is what makes America possible.”

But making better workers and better citizens was not enough. Our schools should also be making better people. “For starters we need more ethics,” Ford said. “Again and again, our technical capabilities outrun our ethical competence.”

“Furthermore,” he continued, “we need to do a better job teaching young people to love America. They need to know American history and world history so they can see for themselves how exceptional our nation is. When I helped lead America in her bicentennial celebration in 1976, I had the privilege of meeting people from coast to coast who believed that America was a force for good at home and abroad. They were ordinary people who had great lives made possible by the opportunities this country offered. That feeling doesn’t seem so widely shared these days, especially among our youth.”

I seized on Ford’s notion of Americans living great lives to steer the conversation back to the liberal arts and how they make better people, happier people. I offered that the liberal arts–the liberating arts–provided grounding in a meaningful life; a good life; a life well lived. That’s because the liberal arts equip a person to pursue two great “blessings of liberty.” One is happiness, beyond which the individual pursues no further goal. The other is the common good, beyond which the community pursues no further ideal. Neither of these goals–neither the pursuit of one’s own happiness nor the search for the common good–is ever fulfilled in this life. Yet the quest is its own reward. Happiness, rightfully pursued, should bring out the better angels of our nature. It should lead us to cultivate curiosity, ask questions, assume the duties of citizenship, devote time to public service, grow into the fullness of our potential, and expand the capacity to be surprised and enriched by fellow human beings.

The complement to the pursuit of one’s own happiness is the concern for other people’s happiness. Every generation is called to form America into a more perfect union. We all have a better chance of succeeding if we live in a polity that seeks to balance justly ordered freedom with justly ordered equality. Nowhere did the founders make the case better than in the Northwest Ordinance of 1787. Article 3 argues that the happiness of the nation and indeed of all humankind depended on “religion, morality, and knowledge.” These foundational institutions call us as a people, again and again, to balance justly ordered freedom with justly ordered equality. They are thus indispensable to the search for the common good.

Despite our nation’s flaws, the American experiment extends an invitation to each of us to pursue happiness and search for the common good. How are we doing?

What is most important about a college education: making better workers, better citizens, or better human beings?

Aristotle believed that finding happiness was every person’s dream. Thomas Jefferson, in the Declaration of Independence, wrote that “the pursuit of happiness” is a natural right. To what extent do you believe that happiness, however defined, is the end of our searching as individuals?

To what extent do you believe that the common good, classically defined as a polity in which citizens enjoy justly ordered freedom and equality, is the end of our searching in community?

The number of graduates in the humanities–English, philosophy, history, art, music, and religion–has dropped precipitously since the Great Recession of 2008. Why?

As a society, do we want a college education to be more than job training, at least for a sizable number of our future leaders?

What are we losing as a culture when there are fewer and fewer people steeped in the humanities relative to the sciences?