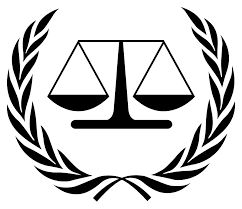 When I was a student at Oberlin College in the late 1980s and early 1990s, moral outrage was the coin of the realm. I remember being pressured to board a college-owned bus headed to Washington D.C. for a protest on the Mall. The protest was over Robert Bork’s nomination to the U.S. Supreme Court, but it could have been over anything. The bus was always fueled up and ready to go.

As a freshman, I marveled at the political knowledge of the Oberlin student body. Everyone seemed so well informed and filled with righteous indignation. I aspired to be like them, but the gap seemed virtually unbridgeable. How could these students know so much about so many complicated issues, I wondered, from AIDS and abortion, to drug policy, Perestroika, and homelessness? How did they find the time?

It was many years later, after earning my Ph.D. in political science, that I realized what I should have seen earlier—that these students weren’t as wise as they appeared. The positions they held tended to be “received” and one-sided. Their moral outrage—as attractive as it seemed to me at the time—was often badly misplaced or, in some cases, merely performative.

Now that I’ve been teaching politics for twenty years, the question I wrestle with most is not how to close the gap between my political knowledge and that of zealous activists, but how to help activists see that politics is often more complicated than they suppose. Is there some method or procedure that might be used? For my own part, I have hit upon the following five- step approach, which I use on my students, as well as myself.

On any controversial political issue, ask yourself which way you lean. This is the easiest step. It simply involves surveying your sentiments and opinions. Take an issue such as immigration. Are you generally in favor of loosening immigration laws or tightening them? Do you tend toward a certain policy position on immigration—if so, what is it?

What are the alternative positions on the issue? This typically involves some research. Only the most devoted policy wonks tend to know the political topography on more than a handful of issues. Mapping out the alternatives takes time and patience. Yet my students tend to find this step exciting, once they are asked to take it seriously. For simply to ask the question—what are the possible positions?—often reveals something we hadn’t realized before: that we do not know the alternate positions, because we are satisfied that our preferred position is correct. The great British Liberal John Stuart Mill once wrote that “he who knows only his own side of the case knows little of that. His reasons may be good, and no one may have been able to refute them. But if he is equally unable to refute the reasons on the opposite side, if he does not so much as know what they are, he has no ground for preferring either opinion.”

Mill was right. And often the discovery that one has “no ground for preferring” one’s opinion vis-à-vis the alternatives, because one doesn’t actually know the alternatives, kindles an active curiosity. Our conversations with friends who differ from us politically become more solicitous and respectful. Our interest in alternative news media increases, and we feel as if we are, for the first time, becoming politically conscious.

Once you are satisfied that you’ve accounted for the major positions people hold on your issue of choice, ask yourself this: what “good” or “goods,” are motivating the people who hold each position? This is a crucial step, because we have a natural tendency to dismiss people who disagree with us as “ignorant” or worse, “wicked.” And yet no one—or virtually no one—is actually motivated by ignorance or wickedness. Instead, people are motivated by goods. On the issue of immigration (to stick with the same example), some people are motivated by humanitarian concern for the immigrants. Others are motivated by their own and others’ economic security. Others are motivated by a desire to preserve the traditional ways of their city or country. And there are other motivating goods besides. But unless and until one knows what those goods are, and understands them as goods, one will not understand why people take the positions they do.

A caveat: Sometimes my students try to avoid answering this question about goods by offering answers that are not in fact goods. They say people hold their positions out of fear (“xenophobia”), or hatred, or greed, or insensitivity. These are illegitimate answers not because they are never true, but because they are almost always half-truths and a copout on the part of the inquirer. We will be more often right than wrong if we inquire into people’s motives with a sense of “hermeneutic charity,” which is to say we should start by assuming that people are in fact pursuing goods, and try to discover what they are.

Once you are confident that you’ve discovered the goods that motivate the positions people take—once you can itemize them on a list—you are in a position to ask the penultimate question: Why do people prioritize the goods the way they do? Why do some people (on immigration, for example) prioritize public safety over humanitarian aid? Why do they prioritize their own jobs over job opportunities for others? Why do they regard “traditional ways” as so important? Or, on the other side, why do they place such a heavy emphasis on helping strangers?

Hermeneutic charity is still in order. When we inquire into goods that we ourselves do not prioritize, it is tempting to diminish or reject their status as goods. But that is still an illegitimate move. The question is why are these goods so important for some people? And we must approach this as a real question. For my own part, I have found that the reasons people articulate for valuing some goods over others are rarely completely irrational. Often the reasons relate to formational experiences individuals have had, which shape the way they see the world.

Ask yourself: Are there any empirical facts I should know that might affect the way I myself would balance the competing goods on this issue. How many immigrants actually entered the country this year? How does that number compare to last year, or the past ten years? From what countries, and under what conditions? What effect did immigration have on our national and local economies? What percentage of immigrants received government benefits? And so on. I am often amazed at the relative ignorance of my most activist students when it comes to empirical data. Yet it is hard to see how one can approach political issues responsibly if one doesn’t know the facts.

These five steps lead to a political virtue that the German sociologist Max Weber called verstehen, or “understanding.” Such understanding isn’t everything in politics—it is still a far cry from political wisdom. And once we have it, we may feel less, rather than more, confident about the best policies to pursue. But in a liberal democracy such as ours, political understanding has a tremendously high value even if it doesn’t tell us unambiguously what to do. It has value because it teaches us to show respect for our fellow citizens, to be solicitous of their views, and perhaps ultimately to see that our fellow citizens are, in the end, much like ourselves—full of leanings and a desire to do good, but ultimately unsure of how best to proceed politically when important competing goods are at stake.